This month a very interesting article in the Journal of Physical Chemistry Letters has been published by Henry Snaith, one of the instigators of the new Perovskite Solar cells that have already consolidated as one of the most promising and feasible low-cost photovoltaic technologies. 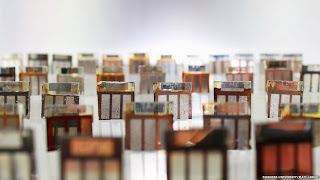 In the article he describes the evolution from the initial liquid dye-sensitised solar cell, to the solid state device using OMeTAD, then the extremely thin absorber (ETA) approach and finally the Perovskite solar cell or also known as Meso-Superstructured Solar Cell (MSSC).
One of the most impressive characteristics of the perovskites is that it groups all the three essential mechanisms for the photovoltaic conversion of energy into a single material, i. e. the perovskite is able to absorb the light, accumulate the separated carriers and transport both electrons and holes to the external contacts.

The most recent improvements in efficiency already reach 15% efficiency, using different configurations, a planar thin-film device (reported by Liu et. al.) and a nanostructured approach (reported by Burschka et al.). Snaith also remarks in the article that efficiencies of 20% or 25% could be also possible in the near future, reaching the most efficient current photovoltaic technologies.
Posted by Jorge García-Cañadas at 00:03

A recent paper appeared in Nature Materials has revealed new trends in thermoelectricity existing in organic semiconductors which significantly differs from the behaviour widely observed in inorganic semiconductors. The increase of the carrier concentration n in inorganic semiconductors leads to the increase of electrical conductivity σ, but decreases the Seebeck coefficient S. Since the performance of thermoelectric materials is determined by the figure of merit Z=σS^2/κ, where κ is the thermal conductivity, a compromise between all these three parameters needs to be reached. For this reason highly doped semiconductors are the materials that better achieve this trade-off as observed in the classical figure below.

However, Kim et al. at the University of Michigan have proved that this is not the case in organic semiconductors, where a reduction of the dopant concentration leads to an improvement in Z due to the simultaneous increase of S and σ. They attribute this feature to the major influence of the mobility μ rather than the n in the electrical conductivity which is proportional to the product of both (σ=qnμ). In other words, the mobility enhancement (that the authors attribute to a decrease in the tunnelling distances) overwhelms the reduction in carrier concentration. The opposite occurs in inorganic semiconductors where the changes in μ are small relative to changes in n, and S and σ have opposite dependences on n.

This provides a new strategy to optimise the thermoelectric properties of polymer/organic thermoelectrics. Applying this to PEDOT:PSS, a outstanding value of ZT=0.45 at room temperature has been achieved by dedoping the polymer, which represents another significant enhancement in the efficiency of organic thermoelectrics in a short time.
Posted by Jorge García-Cañadas at 20:26