I would like to bring to your attention a very interesting and detailed review article published recently in Science by Polman et al. in The Netherlands. It covers the current record efficiencies of all the photovoltaic technologies and summarises main problems and challenges of the different technologies.

[Link to the article] 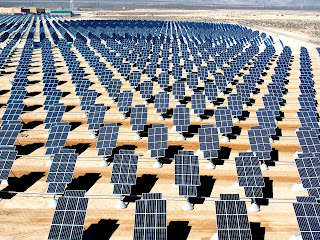 This week Nature journal reflects about the usually lengthy publication times. An in-depth analysis is presented on the topic, including a survey to evaluate possible solutions to this problem. The article is worth reading.
Posted by Jorge García-Cañadas at 09:03

Challenges in Energy for 2016

Nature journal has selected the most relevant scientific topics that could make a high impact in 2016. From an energetical point of view, the most significant one in the list is the capture and use of CO2, which was demonstrated only at very small scale until 2015. 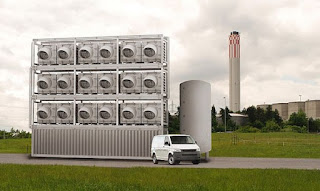 The company Climeworks in Zurich is planing to capture around 75 tonnes of CO2 per month at its plant near Zurich by July and sell it to nearby greenhouses. On the other hand, Carbon Engineering in Calgary, has been capturing CO2 since October and expects to show that it can convert the gas into liquid fuel.

Here is the link to the publication.
Posted by Jorge García-Cañadas at 08:18